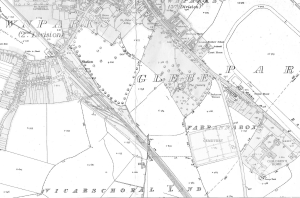 Kimberly Campanello’s MOTHERBABYHOME is at once a very easy and an incredibly difficult book to describe. On the one hand, it’s a work of memorial to the 796 babies and children who died in the custody of the Bon Secours Sisters in the St Mary’s Mother and Baby Home in Tuam between 1926 and 1961, one page per child with their name and date of death, along with age at time of death, in chronological order, frequently accompanied by other text. So far, so simple.

On the other, it is a complex work of documentary/visual/conceptual writing that resists all the usual reviewer tools: quotation, paraphrase, rhythmical analysis and so on are insufficient to the immersive experience that is reading this book; it is as much a visual as a linguistic experience. Printed on A4, bulky, with a cover that uses a surveyor’s map of the convent and surrounding area, it could at first glance be an archaeological survey, a work of local history, report of a commission of inquiry or a musical score, all of which it is, to one degree or another. In places, the reader is reminded of the visual/documentary writings of Susan Howe: 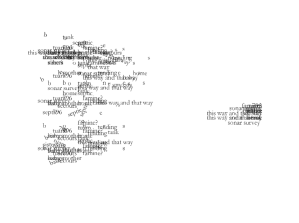 At times, the technical means deployed are integral to the monumental nature of the book; for example, three pages of densely packed causes of death resemble nothing more than memorial walls on former battlefields. Other pages read like a lyrical haiku:

So, where to begin? The quiet (the font size used is smaller than that used for the other text in the book), incessant pulse of names seems as good a place as any. Sometimes they stand alone on the page, sometimes they’re framed, or even obscured, by text, and sometimes there are runs of pages containing nothing else. And each time, the fact of what happened is softly hammered home:

In the face of these simple, terrible facts the reader is left aware of the profound inadequacy of their response, of any available response. The temptation is to exclusively blame the nuns involved, but this is a cop-out, a denial of the complicity of the state and of society as a whole, a complicity that to some degree continues today. As Campanello reminds us, ‘a number of these health professionals may still be working in the system’, a system that was, for far too long, more than content to turn a blind eye to the ‘unmarked, unvisited, unknown’ lives and deaths of mothers and babies who were notionally in their care. But that system extended far beyond the professional context of nuns, doctors and police; if it takes a village to raise a child, it also took one to build this ‘architecture of containment’. The reactions of those who would still deny complicity are woven into the text, for instance the ascription of the unearthing of the horrors of Tuam to ‘assorted catholic bashers’, against which Campanello posits the cold facts of the case and the testimony of survivors:

every time I heard an

Implicit in the techniques employed is the notion that conventional lyric and anecdotal poetry may also be inadequate responses. Of course, a number of Irish poets have written fine poems about institutional abuse, but the results are inevitably personal in tone and narrow in reach; that’s the nature of the form. MOTHERBABYHOME is striving for something different, there is no controlling centring ‘I’, no single voice in dialogue with the reader, none of the comforts and crutches of coherent prose syntax; the range of this work is of a different order, it works, as I have already said, on a monumental scale. In fact, the book is the memorial to the victims and survivors of Tuam that has otherwise been denied them. For example, one run of pages towards the end of the book consists of a slowly disintegrating fog of delay, a visual effect contrived by the superimposition and fragmentation of the word ‘delay’ (with and without a question mark) that enacts the response of all those officially involved. The text is initially virtually unreadable, but clarity emerges until finally we are left with a simple condemning question, ‘delay?’ We are, at this point, 30 years in.

MOTHERBABYHOME is a crucial attempt at a pushing language through the enfolding of multiple voices and perspectives to a point where it can be adequate to the enormity of the fact it needs to express. In this, it’s a necessary work of ‘committed’ experimental poetry in Ireland.

Finally, a word of appreciation for zimZalla for the care and attention involved in bringing it into print, once again underlining the vital role of small presses in keeping writing alive.

One thought on “MOTHERBABYHOME by Kimberly Campanello: A Review”

This site uses Akismet to reduce spam. Learn how your comment data is processed.